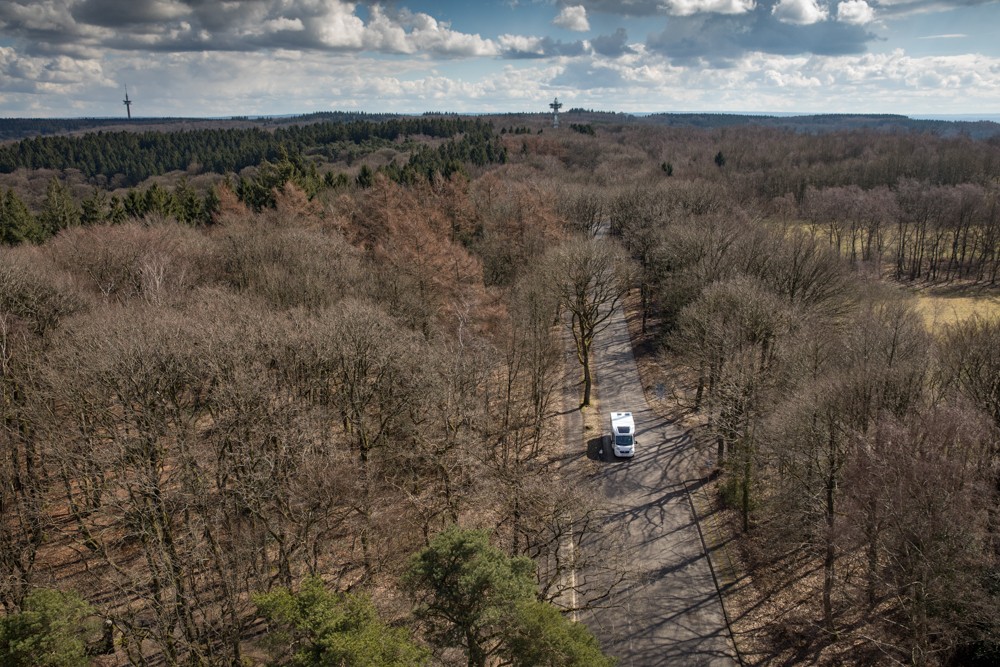 The highest point of the Netherlands is the Volcano Mount Scenery in the Caribbean Netherlands. This would be my preferred destination, but Basti is afraid that the airlines won’t take me with my big belly. But postponed is not abandoned…!

Right now, we are on top of the Vaalserberg, with 322,4 Meters the highest point of continental Netherlands.

To photograph the cairn, I would not even need to exit the car, because the street runs 5 meters past the highest point. At the “summit” is a tripoint, where Germany, Belgium and the Netherlands share boarders, called “Drielandenpunt” (“Three Country Point”) in Dutch.

The Belgians measure the Hight of the Vaalserberg with 324,73 Meters, they use a different measuring system. The difference is over 2 Meters. 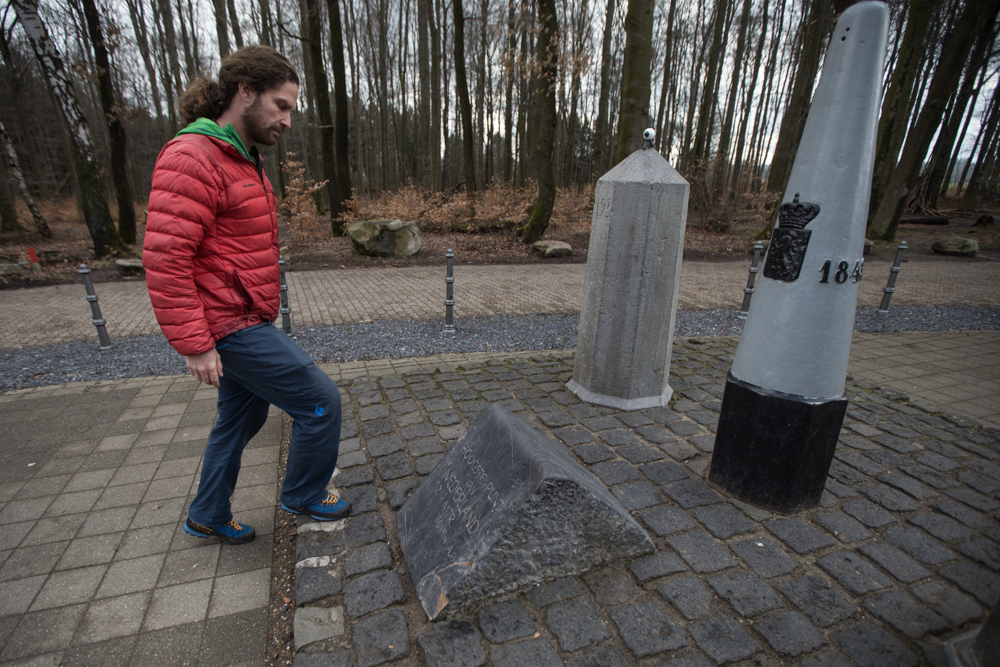 Often, the Netherlands are also called “Holland” by outsiders, but this is only the name of a province. It’s like as you would call all Germans “Bavarians”.

At Vaalserberg, Basti is quite busy to keep me out of trouble: Under the highest point of the country is a large tunnel, which makes the Vaalserberg the only one of “our” mountains with this feature and I want to photograph the railway WITH a train. 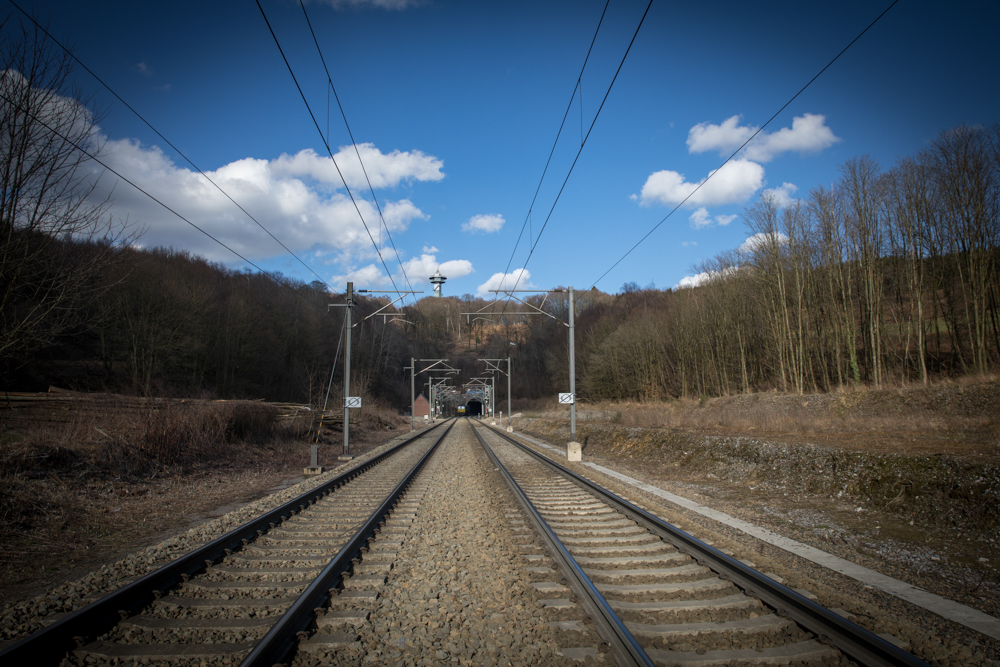 If you look closely at the image on the left, you can spot the (slow) train. I would have loved to wait longer, but then, Basti would have scolded me weeks instead of days. And who knows, maybe, I would have ended up in a Dutch prison instead on top of our next mountain?

(But before you venture on our next adventure with us, please don’t forget to check the images, video and links about the Vaalserberg- just click on the icons on top of the site).